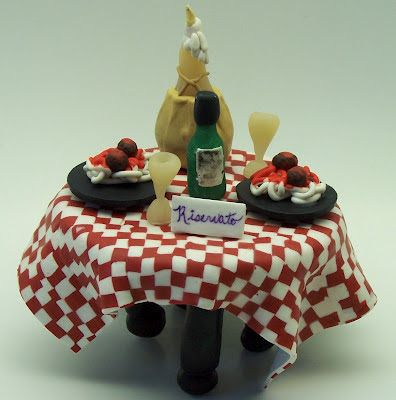 Gaetano’s restaurant is located in the heart of Center City just southwest of Philadelphia’s City Hall. Anna Fontana DeMarco and her two sons Marc and Domenic run the landmark eating establishment. It’s difficult to imagine the Center City landscape without its remarkable cuisine or the formidable Anna at its helm.


She became sole owner after the untimely disappearance of her twin brother Gaetano for whom the locale is named. She wants to become de facto sole owner and have him declared legally dead. Gaetano Fontana had no direct heirs and sister Anna is his closest living relative. There is a lot to be said for life insurance.

There has been much speculation regarding the circumstances of Gaetano’s disappearance. He was in debt to many both in the city as well as outside the city limits. Never one to be deterred Anna held on to the property and paid back every debt enlisting her sons, former priest, Marc and Saint Joseph’s University graduate Domenic to help in keeping and running the restaurant. 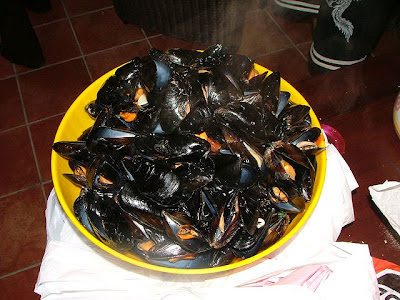 The Fontanas, Anna’s parents, are originally from the paese Troina and became denizens of South Philadelphia. Without the living presence of Gaetano Fontana—who had not returned on a day that he’d gone to market for the catch of the day—they are the source of much local gossip. Nothing has been proved.

While there had not been a mob shooting there like other well known locales in nearby South Philly, Gaetano’s history or alleged goings on give the place something of a celebrity aura. The food while not by any means haute cuisine was excellent and based on Fontana family recipes from Sicily. It is genuine. They even make their own sausage. Anna is particularly proud of the mussels and the Sicilian foccaccia, vastedda. 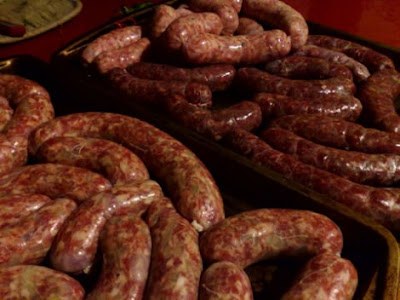 The restaurant features live music almost every night. Its most acclaimed band is “Rittenhouse,” named for the City Square where the restaurant is found. Focusing on standards and music from the past, the widely popular band’s lead singer, Valerie Festa, is a young woman wise beyond her years, possessing a profound knowledge of the musical past. She is a single mother of Italian and African descent. Her mother is the majestic Marlena Hightower, her father is Gianni Festa, a well known musician and singer. She is drawn to Domenic, but has obvious fondness for sensitive Marc, the former priest.

Marc and Domenic’s father, Nicky (Nicola), divorced their mother as soon as Domenic graduated high school. He hasn’t been around much since. It will change soon. Unlike many South Philly divorces the De Marcos did not remain friendly. Nicky De Marco was a charming man with little rancor but a lot of libido. It was a very loud divorce with more than one broken dish.

The atmosphere in Gaetano’s is warm. Its décor indicates much of the city’s other cultural influences; it almost looks like a Pub in that it has a prominent bar, but if Anna were to hear anyone refer to it as a bar or a tavern her chilling response would immediately inspire a search for a different definition. References such as restaurant and locale were acceptable—sometimes club, often piano bar or cabaret. 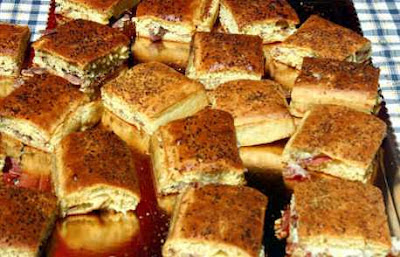 Her sons were close to each other, but two very different types of people, especially in the way either of them related to her. The ex-priest, Marc’s reactions and responses to Anna were based on guilt and something akin to intimidation. His departure from the priesthood for reasons still unknown to his mother will create a ruckus second only to Anna’s divorce. Although Anna is not a particularly religious woman, she is angry about the embarrassment, but she still loves him. Her impatience with his life gets in the way. It would be more acceptable to her had he segued into a marriage or a relationship, but both remain to be seen.

Domenic, on the other hand, stands up to his mother, speaking his mind and disagreeing with her when it is called for (contradicting, is Anna’s word for it). Domenic is well educated but maintains the “attitude” of the old neighborhood (South Philly) and is one of Center City’s best bartenders.

Both men are dedicated to their mother and, consequently, to the business all three run together. It is more than a livelihood, it has become their identity.
It’s not easy working with Anna.
Posted by Giovanni Vitacolonna at 6:30 PM

Email ThisBlogThis!Share to TwitterShare to FacebookShare to Pinterest
Labels: Center City: The Pilot