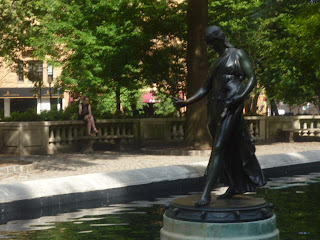 My parents were from a small town in Sicily and migrated to South Philly where I was born, along with my fraternal twin, Gaetano. The restaurant they opened downtown in the Italian Market area was named after my brother and it did so well we were able to re-locate uptown to Rittenhouse Square. Now, I am the only one left of the four of us. God knows what happened to Guy. One day he walked out the door to go to the market. That was it. Gone. My sons Marc and Domenic are with me now. My former husband Nick rarely comes around and sometimes stays away for months. I used to think that when I was older, I’d know everything, I’d have all the answers. I thought when my sons would ask me, “What should I do, Ma?” I’d know exactly what to say. But nobody ever told me all the answers. They act as if they know everything, but you know how much they don’t know, because you know how much you don’t know. 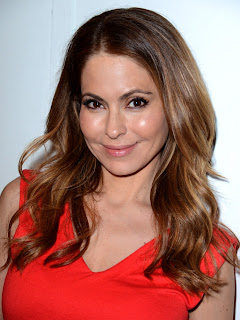 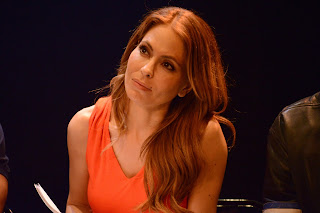 On April 29, 2013 We had the good fortune of having the very talented Lisa LoCicero reading the part of Anna and showcasing CENTER CITY in West Hollywood at Celebration Theatre. It speaks well of her talent that she was able to interpret the part of an older woman. She did bring elan and panache to the reading, showcasing Anna as she ought to be.
Posted by Giovanni Vitacolonna at 11:59 AM 0 comments

Tommy Avalon  is in a chef coat and at a work station in the kitchen at Gaetano's. He is talking to someone off camera, while doing prep work on baby artichokes. A bottle of CYNAR is placed prominently behind him on  a shelf.

Rita did her best. She used to say that you didn't have to give birth to be a good mother. But taking in a couple of foster kids like Joe and me doesn't mean you're a good mother either. Like I said, Rita did her best. And she is the closest I have to a parent whatever that means. I did take her name. Any port in a storm. know what I mean? Gaetano Fontana was the very first person in my life to encourage me to make my life better and he did make my life better. I was feral when I was on the stroll. The black girls on Locust Street used to call me 'Beastie Boy'. 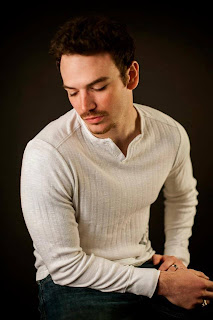 Ya know, Guy, he always called me Tom—never Tommy. He spoke to me as if I were a grown up, even when I wasn’t so grown up. It was Guy who got me to walk the line instead of the street.

He kept his place downtown even after the restaurant went uptown. Our house wasn't too far away.  Once when the weather was good after I came home -- you know, a lot of times it was so hard to crash. I would see him unlocking his door. One night I scooted right in front of him after it was opened and stood in his vestibule. He stopped himself from falling by holding onto the door itself. Scared the shit outta him. When he realized who I was, he said, "I am not about to bed a teenager."  I was legal! 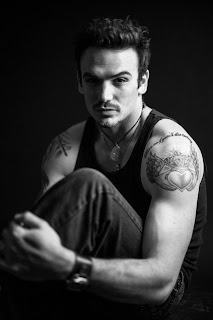 When he first met me the way he said, "I know you" made me feel different. No more "Beastie Boy."

Gaetano introduced me to this great book, Giovanni’s Room--the one the bookstore is named after. It was almost like he knew more about me than I did. I know Mrs D—she can be tough—believe me, I know. But she loves…loved?...her twin brother, no matter what. She wishes he were back here and alive. That’s why she is the way she is. We all wish it never happened. Guy is-- was--this restaurant. He worked it like it was his living room. 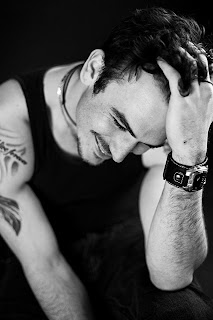 These are actually quite beautiful. They are not yet thorny at this stage. There was a beautiful woman, Cynara, that the god Jupiter wanted for himself. He turned her into a goddess, but she was unhappy, so he turned her into an artichoke. Like I said, at this stage they are quite beautiful but even when mature and thorny they can be very tasty. The good news is that the artichoke is an aphrodisiac.

That Jupiter--for being the chief god he was pretty much a horn devil. He was also into a handsome young man, Ganymede. He carried him away after shape shifting into an eagle.

[Grabbing a jug of water] He turned Ganymede  into a water bearer eventually for the rest of the gods. [he adds lemon juice, crushed red pepper and herbs to the water]. Jupiter was always turning his love objects into something practically immortal and beautiful.

Me? I am like Mary Fucking Magdalene if not Ganymede or Cynara,  Gaetano Fontana helped me go to school. Got me a job. Helped turn me into somebody. He civilized me. Now, I can actually let myself feel something for somebody else.

Now I'm gonna sound like a sissy boy because there's a tsunami inside of me. I don't know how to love him. I wish Guy was still around to show me how to handle Marc. 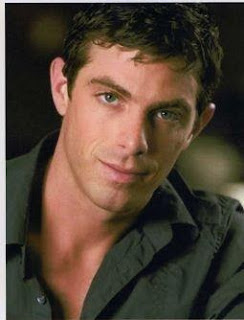