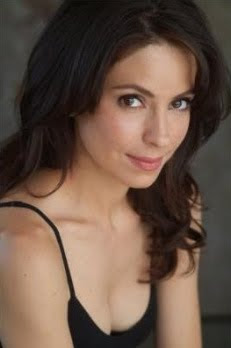 New York, New York (April 17, 2013) --12th & Latona Productions in conjunction with John Colella and Giovanni Vitacolonna are pleased to announce a staged table reading for the pilot for CENTER CITY, a television series created by Mr Vitacolonna. Actors attached to the series who will be participating are: Lisa LoCicero (General Hospital, Reno 911), Don Jeffcoat (Eagle Eye, One Life to Live), Colton Ford (Naked Fame, The Lair), David Moretti (Scrooge and Marley, The Lair), Richie Nuzzolese (Katy Perry's "Last Friday Night", Voodoo Academy 2), Danny Donnelly (Transformers: Revenge of the Fallen) and Daphne Di Cinto (Gente di Mare).  The acting communities in Philadelphia and New York have lent overwhelming support to CENTER CITY. Now it's a great opportunity to stage our pilot in Los Angeles. This is a rich and complex story taking place in the heart of Philadelphia. The script is especially well received across the board. The reading in California will provide a focus group experience and an opportunity for potential supporters to have a first hand experience of this great character driven story.    - CONTACT: Giovanni Vitacolonna (papag@center-city.net 646.246.6346) John Colella (jc@johncolella.com)
Posted by Giovanni Vitacolonna at 3:01 PM